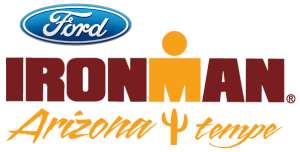 As my preparations for the race were good in Reno, I had pretty high expectations for the race, despite a deep field on the startlist. The swimming went quite alright, but the bike did not go at all as I had imagined. No power in my legs and each kilometer was a struggle. Lost a bit of motivation during the run, when the podium was out of reach, but still got an ok race and finished in 5th place.

As described in the previous post, I spent the time between IM Lake Tahoe and IM Arizona in Reno. Conditions have been better than I could get elsewhere in Scandinavia, so the preparation was as good as they could possibly be.

For the first time I trained at higher altitude than I would compete on (IM Tahoe was focus to acclimatize to the same height as we were racing on), and I knew little about how I would react to it. But I hoped it would give me a few extra percent on race day. 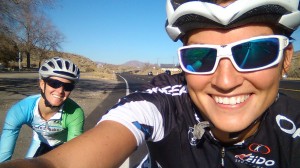 I chose to arrive to Phoenix on Thursday before Sunday’s race, as training in a large city can be a bit problematic sometimes. Despite a couple of dropouts at the last second, like Leanda Cave and Linsey Corbin, the starting field was deep, so I knew that placements would be decided by small margins.

The swim was held in Tempe Lake, an artificial lake that is built to fight floods. Swimming was only allowed for two hours the day prior the race, and the water was not of the very inviting character.

The race started with a water start, and I placed at the end of a larger group of girls. During the first 1500m I progressed in the field to the 2-3 position, in order to be part of the field if it began to split up. After about 2500m we were about 4-5 girls left. I had both a few ups and downs during the swim, but chose not to try to break out, then I realized after the first try, it would cost me too much energy.

Unfortunately I got a dip the last 500m, and lost contact with the group, so I was about 3 meters behind them last bit to the steps out of the water.

An official swimming time of 59:46 minutes, which is not a brilliant time, but many athletes had mediocre swimming time that day, and I was in a group of girls that I had ambitions to be with, so I’m happy with my effort.

I gained a couple of placements in T1. A misstake was not to take the whole wetsuit off just after exiting the water. Because it was a long run to the changing tent, it was a bit tricky to get the wetsuit off once there. 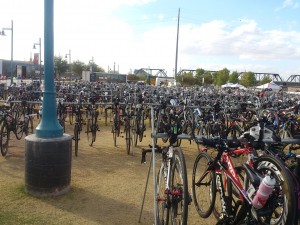 As soon as I started cycling, I felt heavy, but I thought (hoped) it was the normal feeling you usually have an initial period of the bike leg, so I felt pretty calm. I took one position, and when I was passed I thought that I could easily hang on. But it turned out not to be so easy. My power meter didn’t show the numbers I wanted to see, there was no power to produce, and I never found a rythme.

The course was an out-back-course that we rode three laps. The course profile was generally very flat, with a slight uphill is out to the turning point, but nothing in comparison with eg Tahoe. 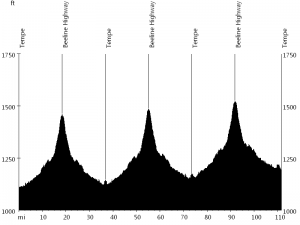 Every kilometer was a struggle, and for each lap, my hope fell. Just before the turning point to start the last lap, I hit something gave a loud metal-like sound. Luckily no explosion blowout. When I picked up the bike later the evening, my rear wheel was flat, so maybe I had a small leaker. Or I was lucky enough to get the leaker right before T2, so it did not affect race time during the last lap. Regardless, I could not produce the watts as I should have.

When I started the run, I was slightly frustrated that I had lost so much time on the bike, which is usually a strong discipline for me. I had other runners around me the first 10-15 km, where we took turns of positions. That made it easier to keep pace, even if the legs initially felt just as powerless as during the bike.

I got a dip in the middle of the marathon, when I was in no company of other athletes, but managed to pull myself together and even finishing strong. I kept the fast runners behind me, whom were getting closer and closer by the minute, and finished with about 1-2 min margin at the finish.

I felt both frustrated and disappointed with my bike effort, but was still happy with other parts of the race, and glad that I managed to keep the fast runners behind me , so it was very mixed feelings after the race.

Why the bike didn’t go as planned, I don’t know. But it is object for analyzis, so it won’t happen again!

After all, I am pretty happy with the race, and it gave me some important points for the Ironma World Championship qualification.
Every race can’t go like clockwork, and a fifth place in that startfield , when things do not go as planned, is a pretty good result. I even think you can learn more about yourself and racing when things go bad, compared to a good day. 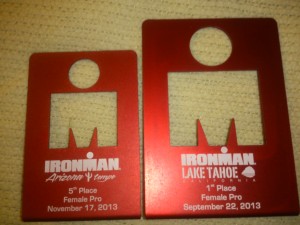 I have been home for two weeks now, and I’ve switched from one focus to another. Running shoes off, clogs on. Internships at the children’s department, and I also defended the bachelor paper that I worked on during the year, with good grades. 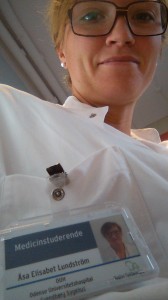 The training is starting easily this week, and there is given time to focus on technique and progression, but also on other things than triathlon. Besides that, the racing schedule 2014 is taking shape, and I am already excited!

(Sorry about the few images. When traveling alone, it is difficult to race and document simultaneously).