After IM South Africa I have had a long period without races, which has given me time to focus on the training.

This is with one exception of Bilbao Triathlon, a half ironman distance that takes place where two of my main sponsors – Orca and Orbea – have their headquarters. I was going there for some work with them, and moreover I felt a great desire to win after having placed #2 in 2013, but the winner turned out to be doped and I got the first prize sent home to me in the mail 2 months later. Quite the anticlimax.

This time I got to enjoy the victory twice as much, as the convicted athlete had served her two-year suspension, and made a pro comeback in this race, and the feeling to beat her, and to be the first one to cut the finish tape, aroused much emotion. 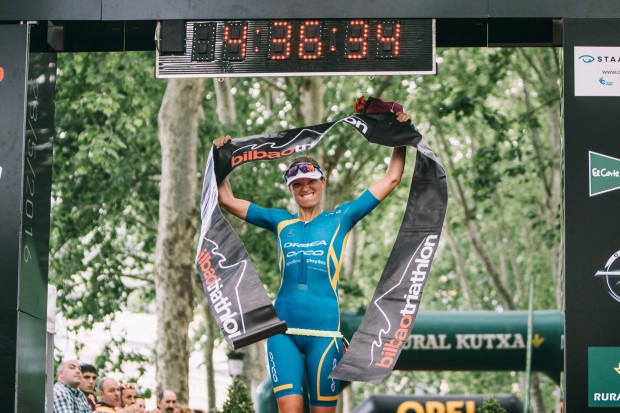 Now, I will do 3 races in 3 weeks, before having a small mid season break before starting the building for IM Hawaii begins in mid-July.

The first race is already done. Thanks to Sportson I got help to start the Swedish Cycling Time Trial Championships on Wednesday. It was my first cycling race, and the expectations of my own performance was high, but expectations on the result were lower, because I had no idea about my level compared to those who are specialists in this discipline.

It was not so much to think about, just full gas start from start to finish while trying to keep focus in the lactic acid chaos that’s present from top to toe. I had no hearing support, so I didn’t know how I did compared to the others, until all riders had finished. It was then called out in the speakers that I got third place, while I was packing the car, ready to go home. 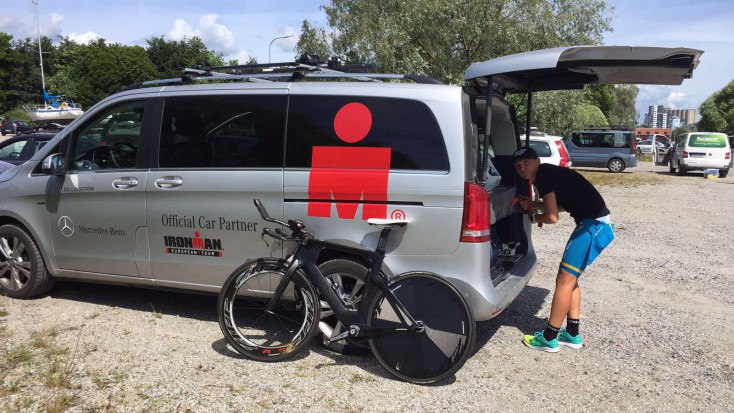 A bronze medal in a Swedish cycling championship, with several professional cyclists placing behind me and two Olympians in ahead of me, where one of them (Emma Johansson, who won the competition) has an Olympic silver medal in her back pocket, was a result exceeding my expectations. I know I made a lot of rookie mistakes and was not as aerodynamic as I could (should) have been when “only” cycling 25,5 km. But it definitely gave me taste for more!

The coming two weeks, I am racing two half-ironman distances. On Saturday, July 2nd I will race the Swedish Championship in half-distance in Vansbro, Dalarna. It seems to be a very well organized and fun race that I very much look forward to.

A week later I will race in the inaugural Ironman 70.3 Jönköping. It will be the first time I will do back-to-back racing. In theory it should work fine, but as I have never done it before, we’ll see how it works in practice. With roots in Dalarna and currently living in Jönköping, these two races were two that I didn’t want to miss.

Keep an eye on the daily updates before and after these races on my Instagram account @AsaLundstromTri .